Produced and composed by La P'tite Fumée. After two full years of composition and recording, punctuated by ever more extensive tours, Thunderbird will be released in 2019. The album features the hit tracks You See Me in feat with Mandragora and Thunderbreizh in collab with Les Ramoneurs de Menhirs. The celebration of this release will be marked by a party at their home in Toulouse, in the mythical Bikini hall.

The story of Thunderbird

After the huge success of the 2nd album Owl Rising, and a consequent European tour, it took La P'tite Fumée 2 years to prepare their 3rd opus, Thunderbird. Still in this indescribable movement of percussions flying to the rhythm of the bass on a powerful electro beat, of melodies intoxicated by the guitar strings mixed with the harmonies of the flute, Thunderbird is much more than an album. It is an invitation to the LPF universe in 11 tracks. From a light soul to an ecstatic spirit, ride the ever so mysterious ambiances of an album that carries the LPF DNA, and the advent of new collaborations with Mandragora, Les Ramonheurs de Menhirs, Balaphonik Sound System or Messire. 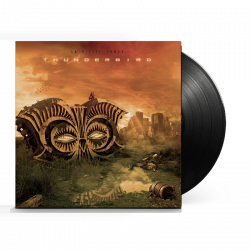 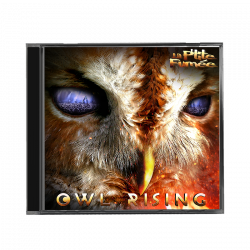